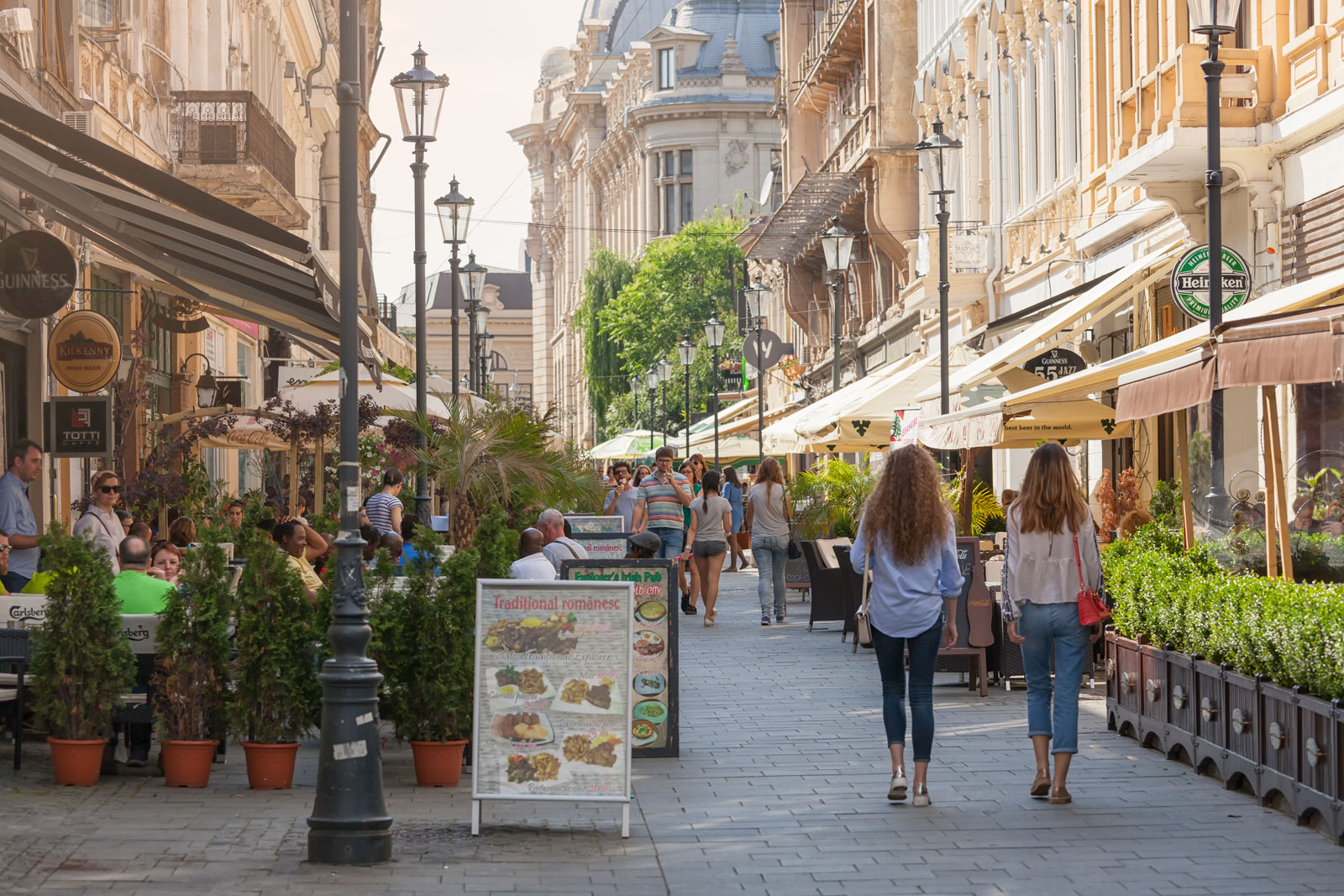 "A century ago, Bucharest, the capital of Romania was known as the “Paris of the East” for its French-style architecture and vibrant cultural life. Unfortunately, the 20th century was not kind to Romania. Between World War II, one of the most brutal Communist dictatorships in Europe, and the earthquake in 1977, the city lost much of that grandeur. But it’s been replaced with something more interesting: a mix of old elegant structures, rich history, well-designed parks built around romantic lakes and full-on replica of the Arc de Triomphe along with the Communist-era flats and modern architecture, shopping centers and contemporary art displays. And then there’s the Palace of Parliament, perhaps Europe’s greatest monument to Communist misrule and megalomania. Bucharest feels like a place where “the ink hasn’t quite dried on the history books.” You can still see the bullet scars on the buildings in what is now called Revolution Square, where in 1989 Nicolae Ceausescu, one of the last European Communist dictators was toppled in a revolution that was one of a kind. The 1888 Romanian Athenaeum concert hall survived the upheavals of the 20th century and remains absolutely gorgeous inside with acoustics to be coveted throughout the world. It’s the residence of the George Enescu Philharmonic, named for Romania’s most revered musician, and home to a fine annual spring international music festival."

But there is another world at the outskirts of the beautiful city: poor villages where horse and buggy are the normal mode of transportation, Roma population still ostracized and neglected by the Romanian government and recently the refugees trapped by the COVID-19 pandemic on their way to Western European cities… nobodies’ people that are unreached and unengaged, souls that are far from God and destined to eternal death unless, you and I are reaching out to them and change their eternal destination by pointing them to Jesus, the only Way, Truth and Life. These are the people the Lord has called us to minister to.

Would you say Yes, I am ready Lord, send me!

Say yes to God's call, and join us in Romania
Register

For e3 Staff only Register